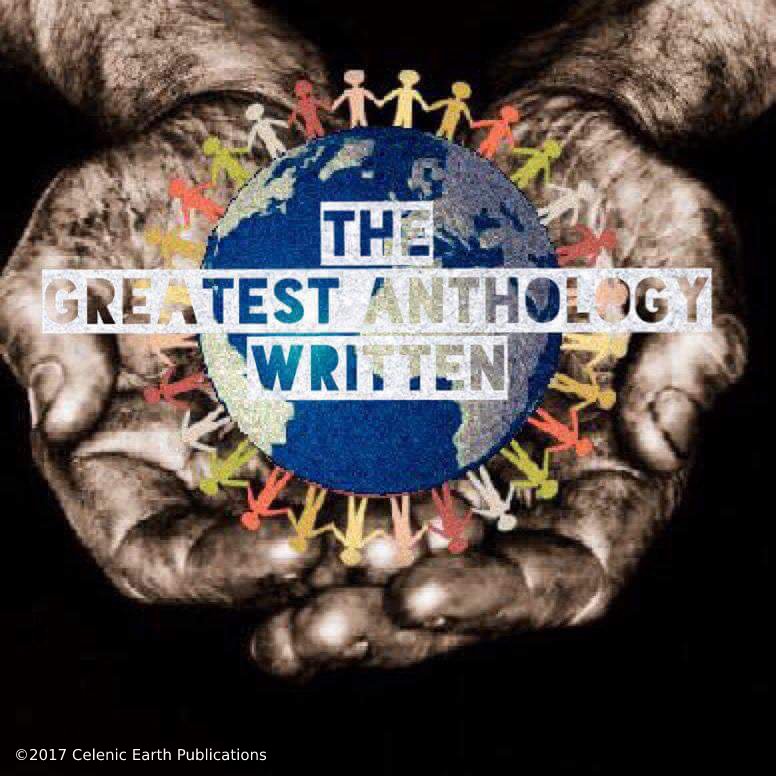 I had such a good experience working with the Celenic Earth Publications team in publishing my short story “Impact” as a part of the CEA into the Beyond anthology that when they announced they would be attempting to break a current Guinness world record for most short stories in an anthology, I jumped at the chance to be a part of it.

The Celenic Earth Publications team has received submissions from over 100 authors, including my short story “The Other Side”, more than doubling the previous record. Now, the editors on the team are working their way through the stories and collecting them into one massive anthology. All that’s left now is to sell 1000 copies of the anthology. Now that our stories are written, all the authors involved are now focusing on spreading the word. Many authors have reached out to their local news outlets and have had interviews published in their city papers, while other authors have had live interviews on the TV or radio. You can read about these awesome features and other updates on the anthology Facebook page or on their twitter feed @ceagreatestanth.

CEA is currently taking pre-orders for anyone who would like to support this effort and be listed as an official sponsor of the event.

While most of the world is just trying to survive the new normal, Life Extension Lab is focused on giving a second chance to those who need it most: the dying and disabled. For many, the offer of a digital life that is even better than the real world is too good to pass up. But, after years of separation and waiting for promised technological evolutions that never come, two sisters on either side must ask themselves, was it worth it?

It's #NewRelease week for #TheYoungSoldier series!

Ever wonder how my brain works, or how I come up w

Ever wonder how my brain works, or how I come up w

You guys! I forgot to tell you 😮 I finished the

I'm not even mad it's late, just happy the owl fin

Another Very Short Story (#vss365) from a word pro

Another Very Short Story (#vss365) from a word pro

I know I haven't been posting as much, but that's

Y'all the Space Jumper audiobook is FINALLY out!

Seriously. Educate yourselves so that you can reco

Free Today only all 12 #AlteruviumExpanse stories